Flags Ordered to Half-Staff in Mourning for Officer Jarrott 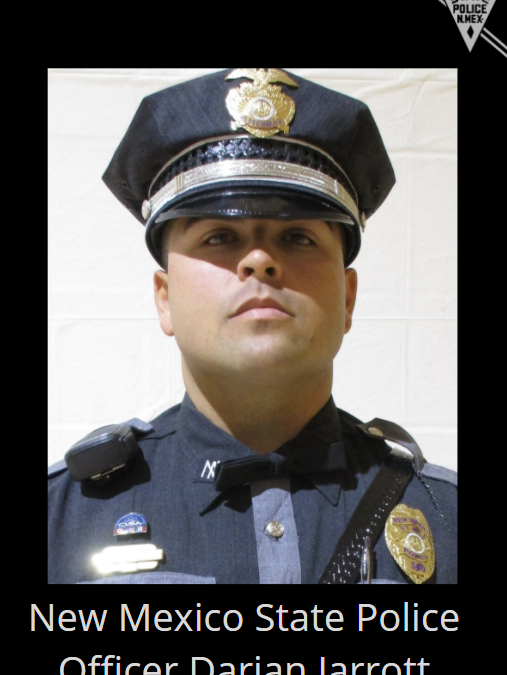 SANTA FE – All flags are at half-staff in the state of New Mexico, beginning Friday, in mourning for New Mexico State Police Officer Darian Jarrott, who was killed in the line of duty on Interstate 10 on February 4, per an executive order of Gov. Michelle Lujan Grisham.

The order directing flags to half-staff from Friday, Feb. 5, through sundown Tuesday, Feb. 9, can be found here.

“Officer Jarrott was a dedicated member of the State Police, a young man with so much potential, a father and a son and a public servant, a member of his community whose loss we cannot yet even begin to measure. This is a tragedy. I have every confidence in his colleagues in law enforcement continuing to investigate this incident and to get all the facts to the public. I join New Mexico and the New Mexico State Police community in grieving this senseless loss, another New Mexican cut down by gun violence, and I am praying for Officer Jarrott’s family and friends and for all first responders who put their lives on the line to keep us safe every single day.”

“At difficult times like these, we know there are no words that will take away the pain and sadness felt by Officer Jarrott’s immediate and extended law enforcement families, his community and his state. With gratitude and heartfelt condolences, we honor Officer Darian Jarrott for his service, sacrifice and love.”